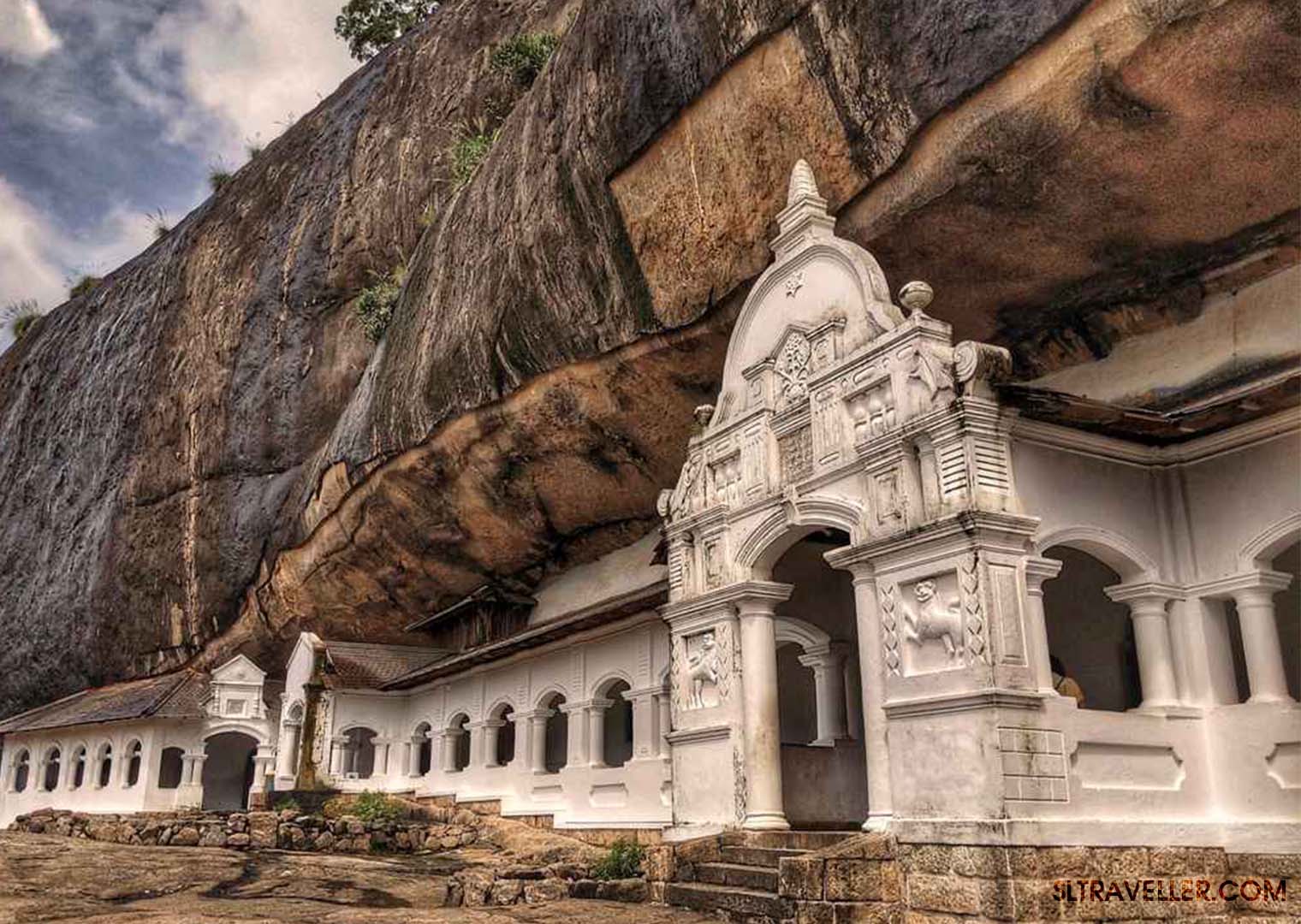 Dambulla Cave Temple, also known as the Golden Temple of Dambulla, is a UNESCO World Heritage Site located in the central part of Sri Lanka. The temple is made up of five caves that feature a collection of statues and frescoes depicting Buddha and his teachings. The temple is considered one of the most important and best-preserved temples in Sri Lanka, making it a popular tourist destination for locals and international visitors.

The history of the temple dates back to the 1st century BC when it was used as a place of refuge by King Valagamba during his 14-year exile. The caves were converted into a temple by King Vattagamini Abhaya in the 1st century BC, and have been renovated and expanded over the centuries by various kings. The temple has been an important place of worship for Buddhists for over two millennia and continues to be an important pilgrimage site for Buddhists today.

The frescoes on the walls and ceilings of the caves are considered some of the best examples of ancient Sinhalese art, and are a highlight of the temple for many visitors. The frescoes depict various scenes from the life of the Buddha, as well as stories from Jataka tales. The colors used in the frescoes are bright and vibrant and are still well-preserved despite their age.

The temple is open daily from 6 am to 6 pm. Visitors are expected to dress modestly and remove their shoes before entering the temple. Admission to the temple is relatively inexpensive, and there are also several tour companies that offer guided tours of the temple and the surrounding area.

In addition to its historical and cultural significance, the Dambulla Cave Temple is also known for its natural beauty. The temple is located on a hilltop, offering visitors panoramic views of the surrounding countryside. The temple is surrounded by lush tropical forests and is a popular spot for birdwatching and wildlife spotting.

In conclusion, Dambulla Cave Temple is an important and well-preserved temple in Sri Lanka, offering visitors the opportunity to learn about Buddhism and Sri Lankan culture, as well as to admire the beautiful frescoes and statues. The temple’s historical, cultural, and natural significance make it a must-see for any visitor to Sri Lanka.