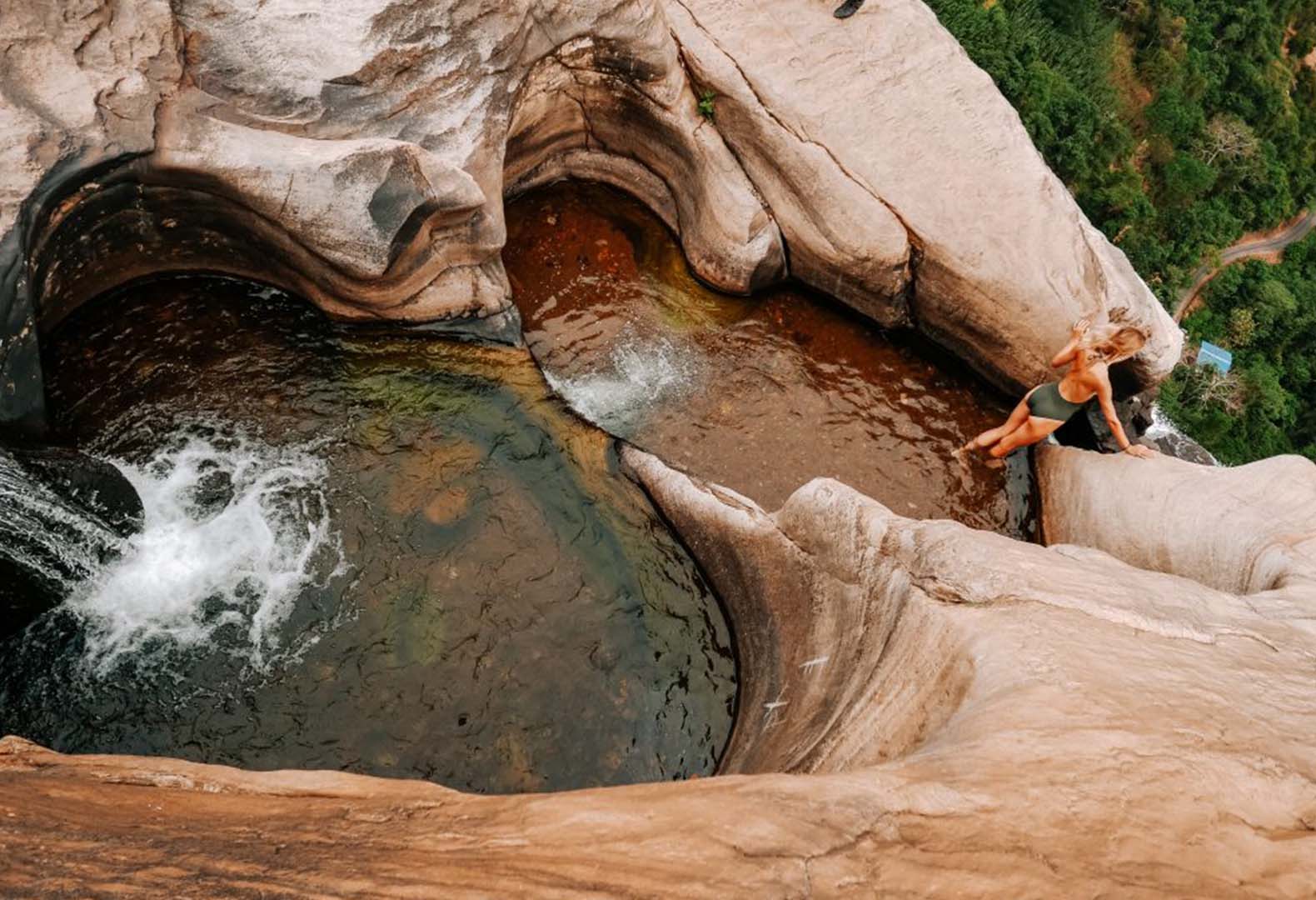 Badulla district is of great value to tourists.  The main reason for this is a large number of tourist destinations.  That is why Badulla is one of the most sought-after tourist destinations in Sri Lanka.  There are a large number of waterfalls in the Badulla area.  Rawana Ella Falls and Dunhida Ella Falls are the main ones.  Among them is the name of another major waterfall.  That is Diyaluma Falls.  A beautiful environment surrounds this waterfall.  That is why the photos taken at this place are of great value on social media as well.

Reaching the melting waterfall is not so difficult.  It is located in the Koslanda area, which is the closest area to the Badulla area.  This waterfall falls near the Badulla-Colombo main road.  This waterfall is famous as another waterfall that can be seen from the road itself.  Many people who visit Badulla, as well as Nuwara Eliya, often visit this place.  This place is definitely one of the most popular travel photo collections in Sri Lanka.

This place is also a very valuable place for tourists.  Different plant varieties can be seen here.  The surroundings are also very beautiful.  The eyes should be lucky to see the beauty of the surrounding area when you come to the top of the melting waterfall.

Srilankan Hotels: The most beautiful hotel with excellent architecture

In the middle of the mountain gate – Kadugannawa.