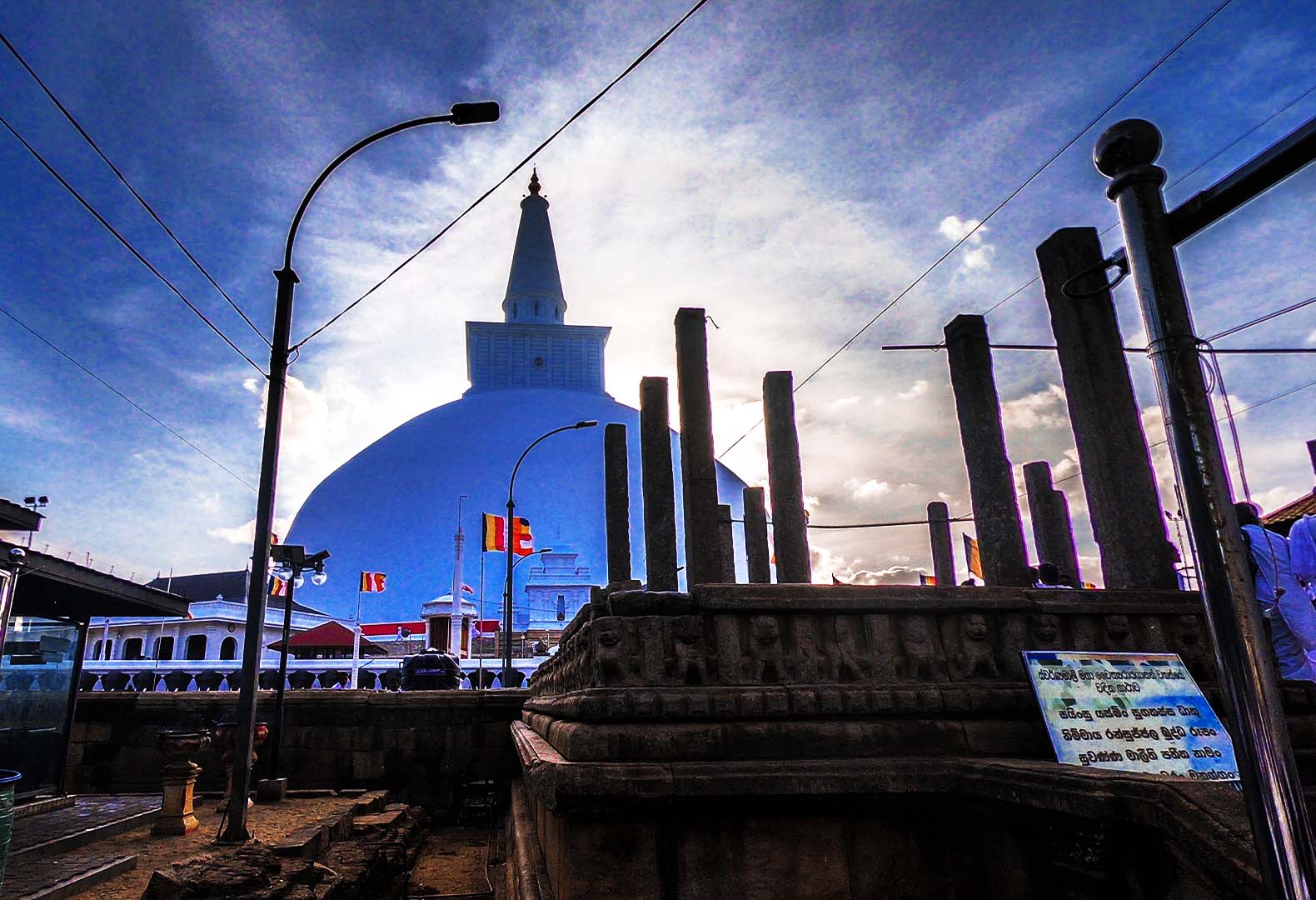 Places To Visit In The Sacred City Of Anuradhapura – Part 1

Sri Maha Bodhi is one of the most important and valuable features of the sacred city of Anuradhapura.  This is a branch of the Asatu plant which was waiting for Gautama Buddha to attain Enlightenment.  It was brought to this country during the reign of King Devanampiyatissa.  That was about 2300 years ago.  It is one of the oldest plants in the world.  Buddhists around the world use this plant to express their gratitude to the Supreme Buddha for exploring Buddhist philosophy to the world.  Thousands of people attend the poojas here daily.

The Swarnamali Stupa is one of the most unique places in Anuradhapura as well as among the Buddhists.  This great stupa is located next to the Sri Maha Bodhi.  It is based on the concept of King Dutugemunu who is considered to be the greatest king of Sri Lanka.  That was about 2100 years ago.  It is built in memory of the people who died in the war with King Dutugemunu and the foreign invader Elara.  What makes this stupa even more special among Buddhists is that it houses the largest number of relics of Gautama Buddha in the world.  Like every other stupa in the world, this stupa is built on the concept of a pyramid.

The Thuparama Stupa is the first stupa built in Sri Lanka.  It was built about 2300 years ago on a concept of King Devanampiyatissa.  This stupa was built at the same time as the establishment of the Buddhist philosophy in Sri Lanka.  The soil for the construction of this stupa was obtained from the soil created by Tissa Wewa.  That is why the concept of village – temple, tank – dagoba was born in Sri Lanka from then on.  This is one of the 8 must visit places in Anuradhapura as a Buddhist.  Tourists from all over the world visit here regularly.

This is the largest construction in Sri Lanka.  Built on a concept of King Mahasen.  It does not seem that the author of the Mahavamsa, the 2500 year written history of Sri Lanka, gave much value to this stupa.  Therefore, the Jetavana Stupa does not have the tourist attraction of Swarnamali Stupa and other related places.  But this is an important place not only in the history of Buddhism but also in the history of Sri Lanka.  Therefore, I think this should be given more attention by pilgrims as well as tourists.

It is a stupa that is unique among the Buddhists in Sri Lanka.  It is said to have been a major educational center for the Mahayana Buddhists.  Wattagamini Abhaya or King Walagamba was built on a concept.  King Walagamba built a memorial to the people who died in the war after the war with the seven Tamil invaders.  There is a story behind this.  Abhaya is part of the name of the king.  The name “Giri” was given by a priest of the Nigantha religion who had built a temple at that place.  He had tried to betray the king to the Sath Tamil invaders when he was fleeing.  So after the war the king killed him.  It is named as “Giri” and Abhayagiri after the king to commemorate the guilt of the sage.

There is much more in the sacred city of Anuradhapura.  Although these places are based on Buddhist history, people from different religions around the world visit these places.  Among them are a large number of Catholics, Muslims as well as Hindus.  See you in another article about other major tourist attractions in Anuradhapura.