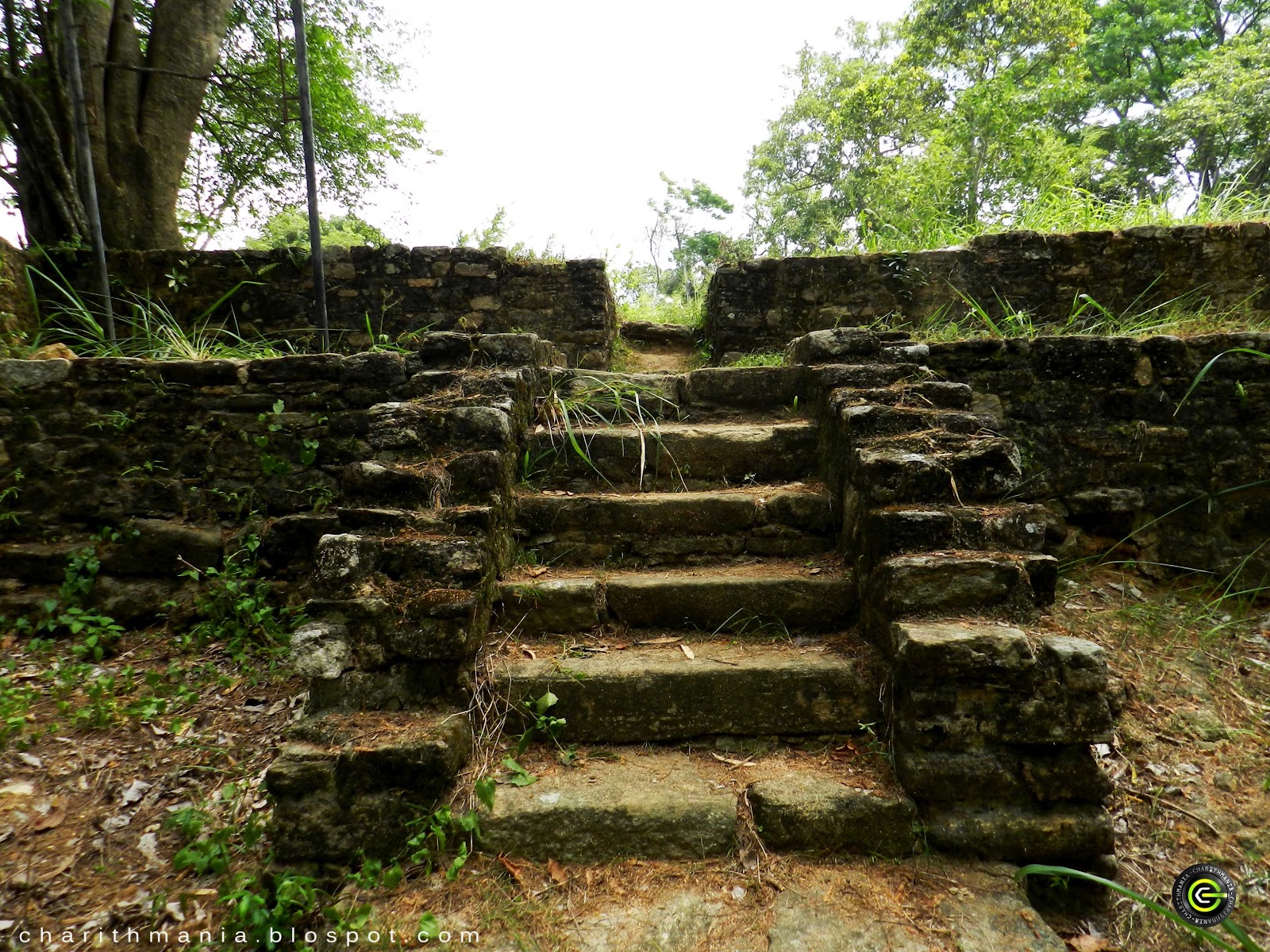 To the fort where King Wimaladharmasuriya’s spies for looking. – Balana Fort

We decided to leave again in search of another beautiful environment around Kadugannawa.  No matter how many trains there were, we used the bus.  There was no special reason for it.  But we know that the upcountry train journey is more beautiful.  However, we chose the bus for this trip.  That day we saw the beauty and climbed the Kaduganna hill and the bus reached the Kaduganna bus stand.  We got off at the Kaduganna bus stand and looked for a vehicle to look at next.  A three-wheeler was found there.  He took us near the breach he was looking at, passing a beautiful path.  On the beautiful road north of Kadugannawa we arrived about a 15 minute drive and landed near a tea estate.

A Fort near the tea garden is marked as a Balana Fort and its archaeological value.  We continued on the footpath in the middle of that tea garden.  We could see large trees in the area and a few houses in the distance on the tea estate.  Spending a few minutes we arrived at the viewing box.

The Balana Fort is mostly heard during the Kandy Kingdom.  It was built by King Wimaladharmasuriya.  The fort was built during the war with the British forces at that time.  That’s for spying.  Seeing the environment here, it seems appropriate to spy on it.  Even the town of Mawanella can be seen on one side and Kandy on the other side.  So when troops come to the upcountry for wars in the past, the palace can clearly be notified from here.  That must be why the foreigners were unable to conquer the kingdom of Kandy for many years.

Today, there is no such war, so the fortress is deserted.  But the natural beauty is not lost on the viewing box.  The city of Mawanella can be seen in the distance from one point of view of the fort.  In addition, the magnificent Batalegala rock can be seen.  Clouds in the distant sky, flying birds can be seen beautifully here.

After spending a few hours in this beautiful viewing box, we started returning home.  From there we came down and reached the railway station on foot and from there we ended our tour with a beautiful train ride

In the middle of the mountain gate – Kadugannawa.

Hikkaduwa beach with a maximum adventure of coral reefs